Coconut Vanilla Pudding with a Twist

It is tricky when you have a bit of a sweet tooth in the weekdays - what to do?!

Whether it's a school night, or the weekend, this vanilla pudding will fit the bill quite well, you can have it for breakfast just as well as dessert. Garnish it with some coconut and chopped bananas, berries or homemade granola or chopped nuts, and you'll have a sweet-looking pud! These holds some of the same flavours as the "skoleboller" I made last month, and I also have a porridge version of the flavour combination - what can I say, I have a little bit of an obsession. The best of all about this one though? It's vegan! 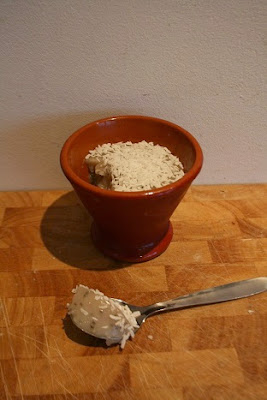 - Heat 300ml of the coconut milk in a small pot along with the syrup, cinnamon, rum essence and vanilla. Stir well to combine.

- Mix the cornflour in a bowl or cup along with the remaining 100ml coconut milk and whisk it until you have a smooth mixture. Pour into the casserole with the rest of the mixture, and stir until it thickens. This should take too long! Take it off of the heat and swirl through the chia seeds, if using.

- Now, pour it into the serving bowls and set in the fridge overnight to set. You can also make it in the morning and have it ready for an evening dessert! 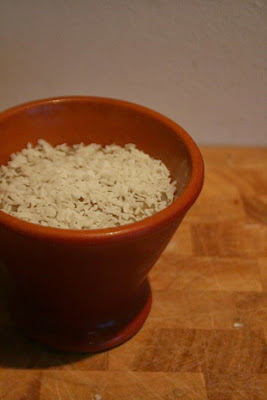 Recipe by yours truly,

- Jules
Posted by JulesTheNorweegie at 11:25